eBay vs. the Convention – George Wells 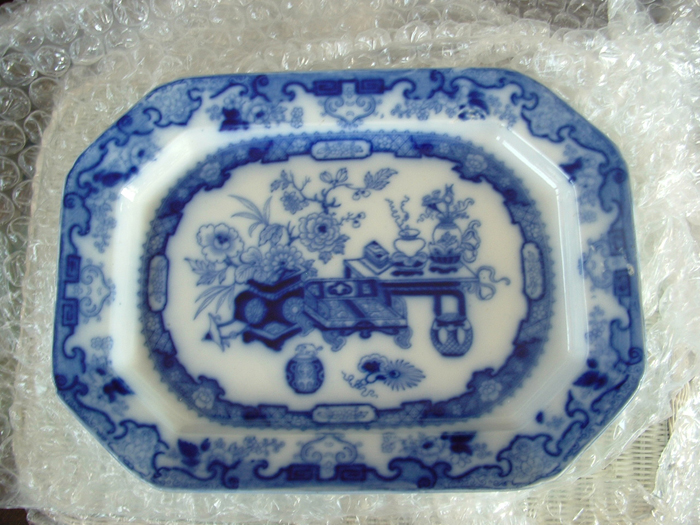 eBay vs. the Convention – George Wells

You might get a sense that while the world turns and things change, our Club just keeps plodding along with blinders on. Not So! In fact, we carefully monitor the various market venues which compete on one level or another with our Convention, and you might be surprised with what weve found!

It is no secret that EBAY has changed the complexion of the collectables market. Buyers who previously had to travel in order to find “material” now enjoy shopping in front of their home computers. Judging from the declining participation seen at antique shows, antique malls and shops, the much-revered “buying trip” may soon become a thing of the past

Make no mistake; EBAY has had many positive influences. We are being constantly exposed to a far wider selection of merchandise than we ever could have found by traveling. We have learned – at times painfully, just how common some items are, and we have also learned how rare others are. (Interestingly, the on-line indices of the “great-and-truly-rare” have shown little weakness through the current economic slowdown, mirroring the market performance of other top-quality, investment-grade collectables.) Additionally, EBAY has brought together many collectors and sellers who would not otherwise have met. Surprising as it may be, there are actually some really nice folk out there who are not yet FBICC members!

Oh, EBAY has had its negative influences as well. Some people think that it is EBAYs fault that the prices of flow blue plates have fallen. The real cause is that plate prices are particularly vulnerable in a generally weak market, combined with the EBAY-provided proof that plates are really more common than many of us thought. (The Internet is showing us a significant percentage of all the flow blue on the world-wide market at any one time – powerful information!) The worst effect, though, has been an epidemic of laziness. Sitting for hours in front of your computer simply doesnt have the same aerobic effect as running the Brimfield gauntlets! And once multi-dealer malls like the great “Noahs Arc” in New Hampshire shut down, theyre gone for good.

Several years ago, the FBICC Board became concerned that EBAY might be threatening our Clubs Convention Auction. We were afraid that our revenues might suffer if ERAY succeeded in siphoning away from us some of our members consignments. In fact, three years ago, EBAYs fee structure was quite competitive, and in response, we lowered the fee charged on un-met reserves of over $1000 to “level the playing field.” Since then, some interesting things have happened.

First, after an initial bubble of enthusiasm, many buyers have turned away from EBAY (and other on-line auctions) as a preferred marketplace for buying antiques. Some have been burned by sellers who misrepresent their merchandise. Buyers have found that the customs and policies of EBAY are stacked quite favorably to the advantage of sellers, a bias EBAY initiated to attract sellers in the first place. But since then, EBAY has failed to develop compensating protections for buyers. (EBAY did institute an “escrow service” for this reason, but the seller must agree to use it, and there is a cost.

As you might imagine, the sellers who perpetrate the greatest mischief are also the least likely to agree to use the service, and it has not caught on.) While EBAY does have a “feedback” feature, sellers can easily escape negative feedback by changing their EBAY seller “ID.” (Watch out for those little “dark glasses” symbols behind the sellers “ID”.) To make matters worse, EBAY has not found an efficient way to police fraud or to apply pressure to misleading sellers, so that it has become a truly dangerous marketplace. That doesnt mean that everyone selling there is a crook! But over the past two months, I have received over $3000 in refunds on items I returned because of misrepresentation of condition. It is good that the sellers made those refunds, but it is annoying that the items were misrepresented in the first place and that I had to re-pack and ship them off. (It is all too convenient for a seller to state that an item is perfect, to hope for the best, and when caught in the ruse to claim ignorance. While I am certain there is plenty of ignorance afoot, innocence is far more rare! And while I waited almost three months for one of those refunds, other Club members have completely failed to obtain redress when they were defrauded. The pleasure of submitting negative feedback is a poor substitute for a proper refund.) Also, for some mysterious reason, breakage resulting from improper packaging items is way up.

Worst of all is that EBAY has slowly and methodically inched its fees skyward, and there has been an explosion of on-line payment options (which cost MONEY) so that it now costs about twice what it cost in 1999 to sell a $100 plate. I understand how EBAY might have an interest in keeping its profits up while the market drops, but the result has been that it is now much less competitive. To sell that $100 plate, lets say the seller selects a $50 opening bid, cost: $2.20. If he selects a reserve of $90, it costs him another $1.00, which is refundable if the item sells, and the little “gallery” picture that almost every seller uses costs another $.30. If the plate sells for $100, the sales commission is $3.37, and if the seller accepts “Paypal” payment, the most common and preferred payment method, the $100 gross will cost him another $3.20, plus another $1.00 if the buyer is from abroad. Assuming the reserve is met and the reserve fee is refunded, the $100 sale to a same-country buyer cost the seller $9.07 (9.07%) not counting the time taken to photograph and upload the listing, communicate with bidders as needed, receive and clear payment, and pack and ship the item before the buyer gets too impatient. Finally, EBAY used to refund fees if a buyer undid the sale due to any number of reasons, but that option is no longer available. The fee is charged, and it is simply a loss to the seller if the buyer doesnt pay, or if he returns the item for just cause. This is a HUGE new cost!

Well, maybe the cost increase ISNT the worst part! The amount of misrepresentation on EBAY has gotten so bad that any buyer with a lick of sense will ASSUME that an item is significantly worse than described. And he bids accordingly. That way, he wont be disappointed if an item arrives with some unheralded “issues,” and he just MIGHT get lucky and be pleasantly surprised when he receives a piece which had been accurately described. But the consequence is that EVERY honest seller is penalized. Yes, there is the possibility of a seller becoming so well known for his or her honesty that their descriptions would be trusted, but even after I had been selling for several years, WITH A 100% SATISFACTION GUARANTEE, and without receiving ANY negative feedback, I would still receive emails from buyers who told me how surprised they were by the high quality of my merchandise. Even back then, two years wasnt enough exposure to overcome the systems distrust. So that $100 plate mentioned above would probably only be bid to $60, because everyone assumes it has a small chip or some other dirty little secret.

ON THE OTHER HAND! The FBICC auction enjoys the advantage of having a professional jury which specifically looks for both reproductions and restorations and advises members of its findings. Our auction also gives the buyers the opportunity to inspect the material BEFORE the sale, so there are no unpleasant surprises. The sellers dont have to go to the trouble of photographing and listing each item on­line, and money exchanges are clear-cut and virtually instantaneous. The buyers dont have to contend with the costs and the uncertainty of sellers shipping practices. And consider the convenience and usefulness of having a printed catalog full of vital information to use during the auction and which can be kept for reference in the future. Also, the anonymity of the seller is preserved, removing any political “baggage” from the pieces sold and allowing a dealer to sell a single treasure into a market where two or more “friends” might be insulted not to be given a first right of refusal.

Considering the advantages of our FBICC auction as opposed to the significantly less attractive and quite problematic EBAY auction, our 10% commission (which goes to support the FBICC, not to an auctioneer or to shareholders) is a REAL BARGAIN! Its only drawback is that the number of consignments is limited, so dont wait for the deadline to submit your lots!

THEN theres the FBICC Convention Table Sales! There is simply no equivalent experience anywhere else on the planet! At any given time, there will be between 1000 and 2000 listings for flow blue on EBAY. If you take away all of the lots that our jury would exclude (reproductions and stuff that isnt flow blue at all) you would be left with about 200 lots, most of which will be insignificant saucers and plates, a very modest selection at best. By comparison, the selection offered at the Clubs Table Sales is overwhelming! When you walk (or run) through those open doors, you will see more flow blue in an instant than will be listed on EBAY over the entire year. And the dealers selling it are staking their professional reputations on the quality of their offerings and have a vested interest in your continued satisfaction. Without even mentioning all of the great educational programs, displays and social events, is there any wonder why the FBICC National Convention is the premier flow blue event of the world?

About the Flowing Process – George Wells

Sorry, the comment form is closed at this time.