On June 7th-8th in 1986, twenty-one lovers of flow blue and mulberry china gathered at the Clock Tower Convention Center in Rockford, Illinois. The result of their labors was the birth of the Flow Blue International Collectors’ Club. According to the minutes of that meeting, they established this club “for the expressed purpose of the pursuit of knowledge, appreciation, and aesthetic perception of china referred to as flow blue china, and related china”.

At this meeting William Miller became the first club president. Under his leadership, bylaws were adopted and the structure of the club as we know it today took shape. Plans for the club newsletter, membership roster, regional meetings, and annual national conventions were made. It was also decided to include mulberry china in the scope of the club.

The first national convention of the Flow Blue International Collectors’ Club was held the following year, 1987, in Dayton, Ohio. It included educational programs, a flea market, an auction, and table sales. This highly successful format has remained as the guideline for our national conventions as membership has grown from those 21 founding members to nearly eight hundred. Why not join us and become part of our history?

We are most grateful to the following twenty one founding member:

We also recognize and appreciate the leadership of our past presidents 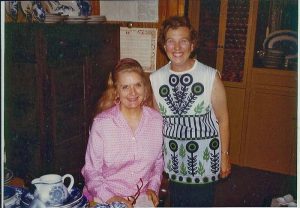 Petra Williams and Peggy Weber in their home in Jeffersontown, Kentucky.  Petra was preparing to write her second book on Flow Blue China. 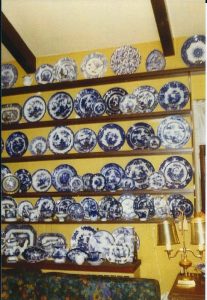 The walls of her research room were lined on all sides with rails holding Flow Blue samples for her book. 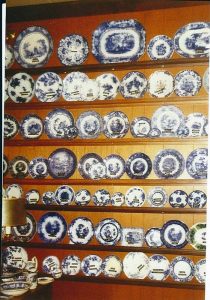 Most of the samples were given to the Margaret Woodbury Strong Museum in Rochester, New York.  (The collection is no longer available for display). 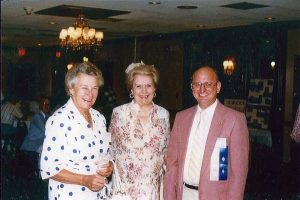 Peggy Weber, Petra Williams and William Miller at the first club convention held in Dayton, Ohio in 1987.  The first convention was chaired by Jane Hofacker and Mary Durning and was attended by 104 members.  Friday night was a cocktail party and social gathering.  Saturday there was a general business meeting followed by two seminars; one on Elsmore Forester Potters and one on Rarities to Reproductions. 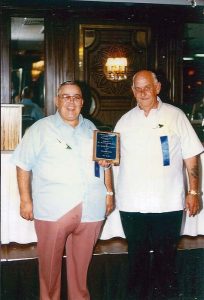 On Saturday evening of the first convention, service awards were presented to Reverends Walter Brown and Robert Bishop for editing and publishing the Club newspaper. 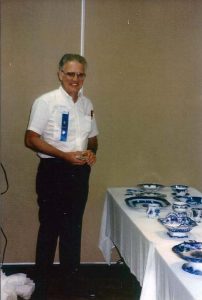 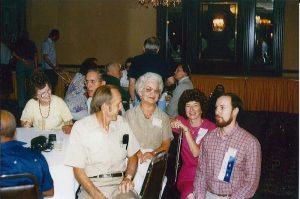 Elmer and Dorothy Caskey of Kentucky and Jane and Fred Hofacker from Ohio at the banquet. 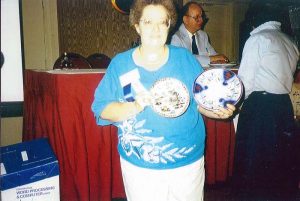 At the 1988 Rochester Convention, the Strong Museum hosted the evening cocktail party and Petra’s entire collection was on display.  The museum was closed for the evening, so club members could enjoy the collection.  Judy Peabody, pictured, presented the main seminar on Polychrome. 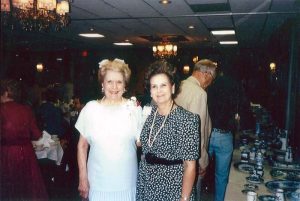 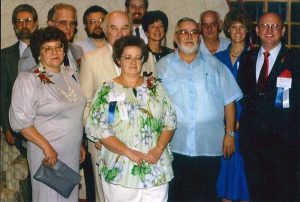 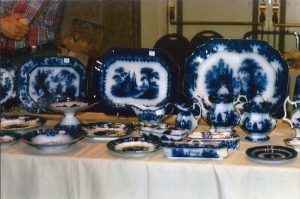 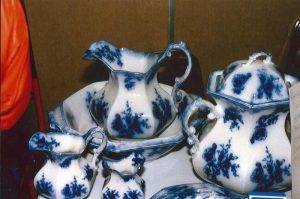