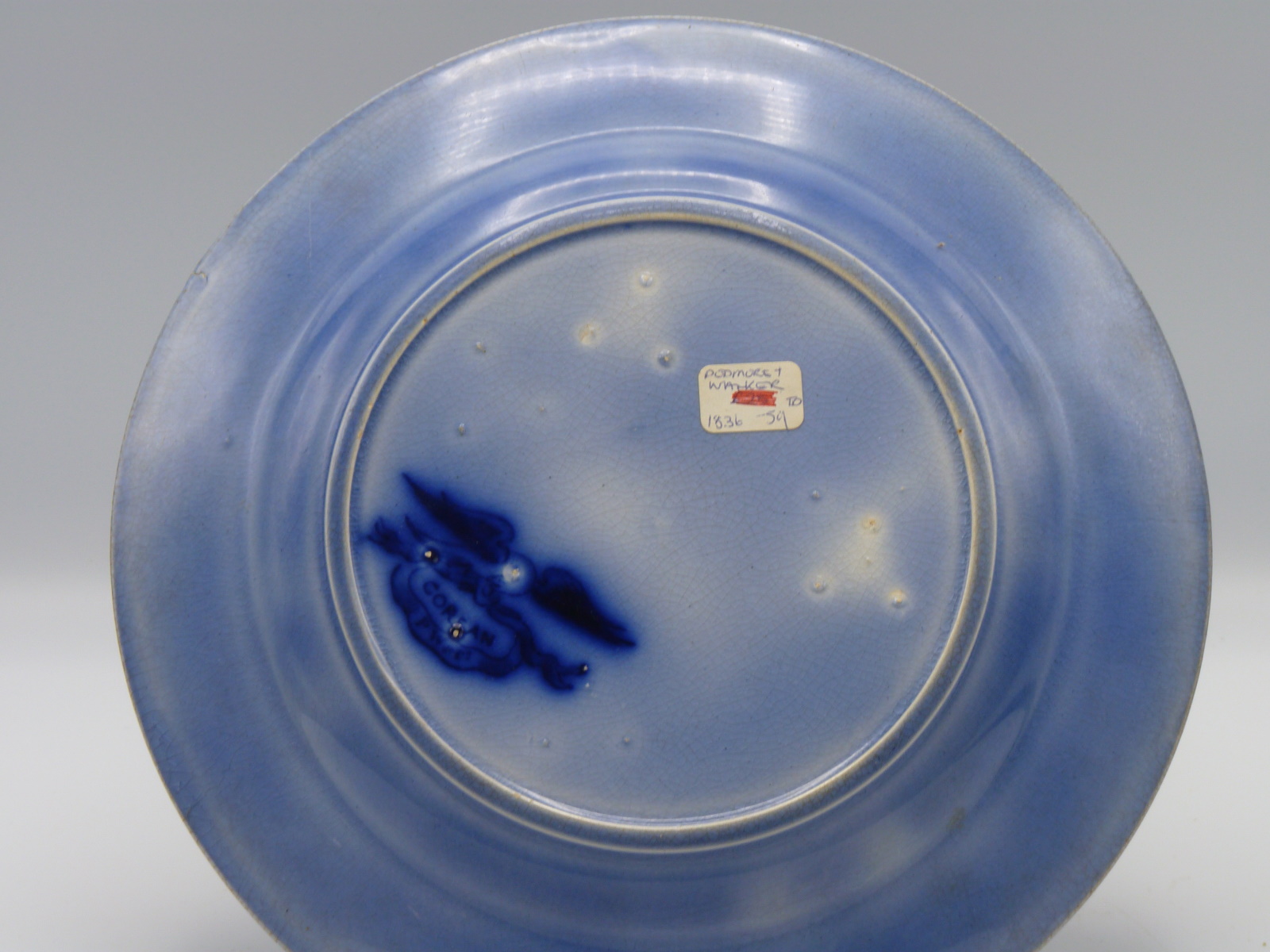 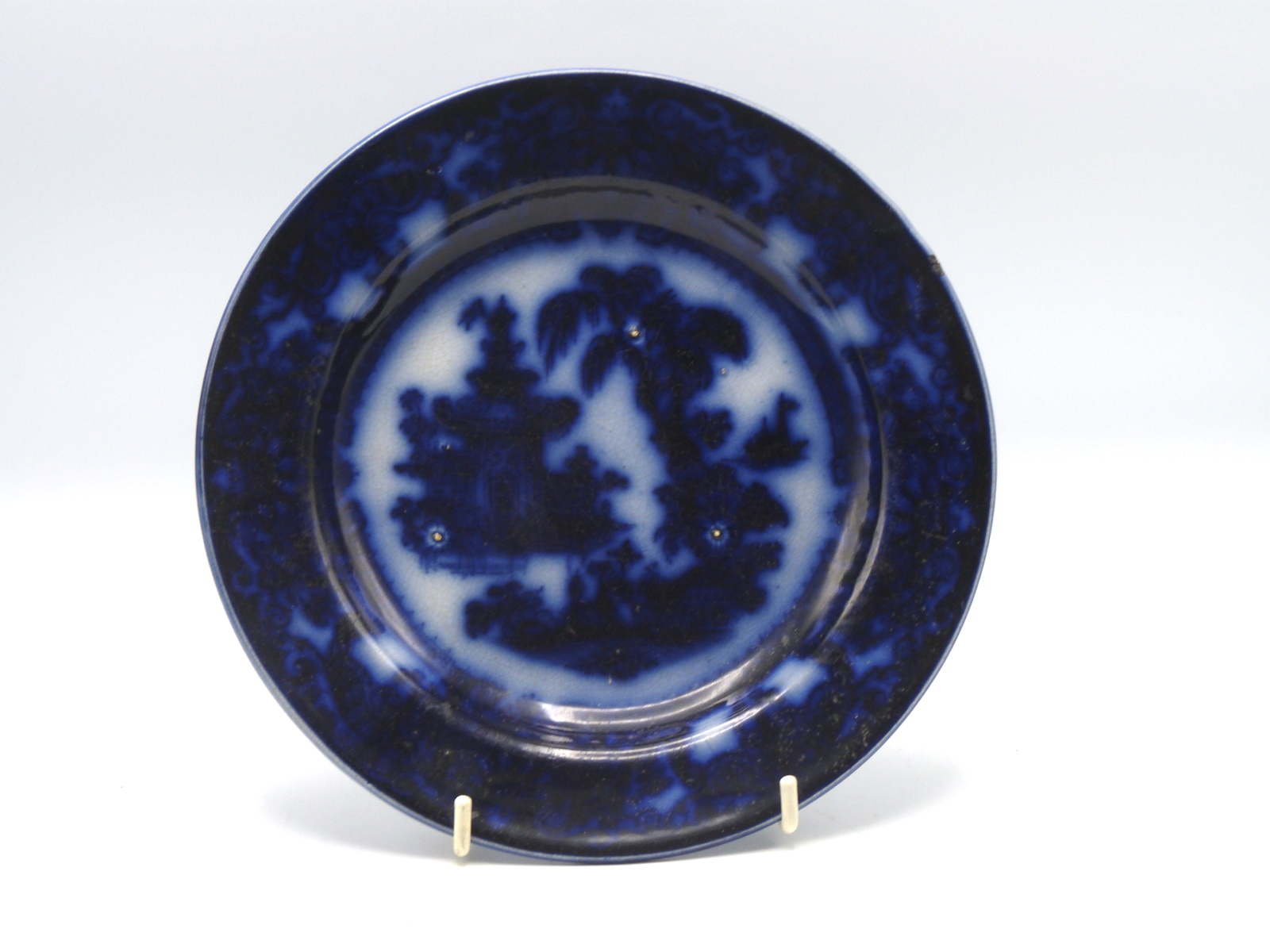 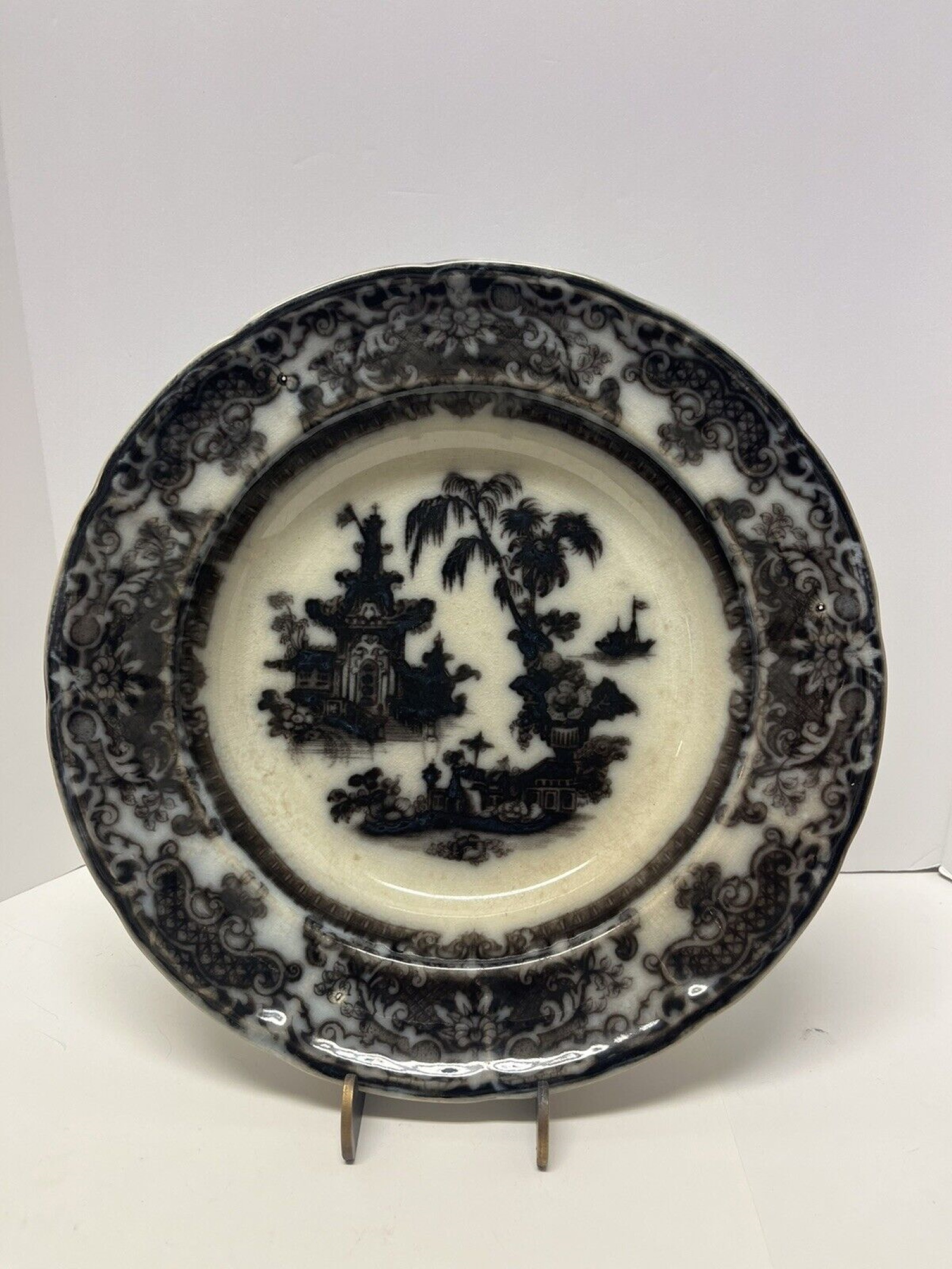 I thought I would start off this new venture with a pattern that is rare and also quite common.

The rarer find is Corean in Flow Blue.

When reading Petra Williams book “Flow Blue China an Aid to Identification” On the Corean pattern She says “It has proved impossible to locate one in blue. HOWEVER, Freeman Lists this as a blue pattern”

For a long time, we had only ever come across Corean in Mulberry.

Several years ago now I came across 3 flow blue plates so dark in their pattern it was hard to distinguish I placed one on eBay and low and behold I quickly got an email from George Wells very excited asking if I knew what I had??

He explained that the pattern was Corean by Podmore Walker and that this was the first he had ever seen in Flow Blue. George bought the plate and I was happy for him to do so as he had identified it, and had he not shared his knowledge then I may never have identified them. That year I placed one of the 2 I had left into the Convention Auction and needless to say there was heavy bidding. The plate found a new owner and George feeling for the underbidder asked if I would mind him selling his one on to her. I had no problem with that and was pleased that the buyer was ecstatic to own it.

So now 2 plates have a new home and I still have one left in my own collection.

You just never know what will turn up.

A little history on Podmore Walker & Co. from the Potteries.org website

Thomas Podmore started in business c.1830 as Thomas Podmore & Co at the Upper Pot works by 1834 he was joined by Thomas Walker and in 1835 they moved their works to Well Street, Tunstall.

Podmore, Walker & Co. took over the Unicorn Pottery and Pinnox Works in Tunstall and also used the Swan Bank Pottery.

Some of the other patterns by this potter

I hope you have enjoyed our first attempt, if so, we would love your feedback and if you have any stories you would like to share, I will happily include them.